There is a funny scene in the movie “Coffee and Cigarettes” by Jim Jarmusch in which two janitors make a toast to amazing places.  One starts with, “Paris in the 1920’s!”  The other counters, “New York in the 1970’s!”  The other gives him a wry look and says, “Oh, alright,” disappointed.  American’s tend to have varied views of our largest city.   It is a mess of a metropolis.  But it’s a glorious splendor of parks, culture and arts which definitely makes it worth a toast.

I have made many visits to New York over the decades for family, work and leisure.  I often dread its social intensity and sweltering summers.  But also, when you’re in the midst of those minor inconveniences you often observe moments of great charm and character.  Paris and New York share a similar wealth of museums.  So often when I go here, I spend days exploring the rest of the world through the eyes of New York’s collectors.

New York’s epic skyline is best observed from the top of one of its skyscrapers.  Several of the buildings have observation decks and restaurants where you can get a view of the architecture of the city.

The new world trade center, standing near the location of the former twin towers, which is now a memorial park, ascends as the tallest of New York’s skyscrapers.

The former foundation of the twin towers have been excavated and replaced with two fountains which overflow their edges along a commemorative engraving with the names of people who perished when the buildings collapsed in 2001. 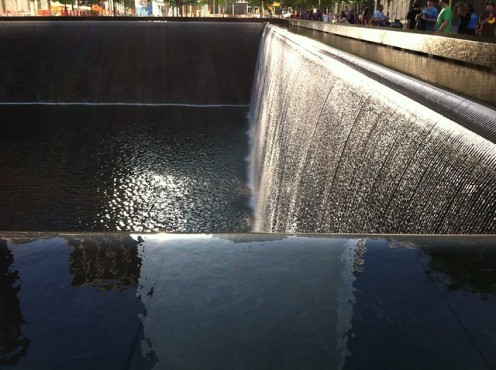 The Metropolitan Art Museum is America’s grandest treasure of art.  As a music enthusiast, I have spent hours pouring over their collection of world percussion instruments tucked away on the second floor.

The Asian art collection of this one museum rivals the size of the Asian Art Museum of San Francisco.  And if you have a proclivity for religious art of the Himalayas, I also recommend a hop over to the Rubin Museum which has a massive collection of sculptures and scroll art from the region.

On the opposite side of Central Park is the Natural History Museum which houses a broad array of anthropological and fossil exhibits (with even more musical instruments).

The Museum of Modern Art and Guggenheim Museum are two must-see stops for fans of contemporary art.  The Guggenheim collection is housed in a building that feels like a massive sea shell with art covering the walls as you ascend or descend the shell’s exterior. 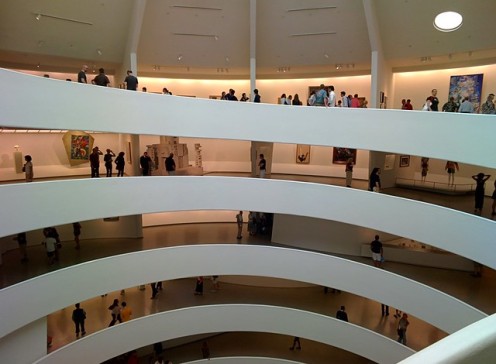 The ferry terminal at the tip of Manhattan is where you pick up the ferry boats to visit the Statue of Liberty.  This amazing work of art was a gift from the French, who helped Americans win their revolutionary war for independence.  (Before the Louisiana Purchase France had colonized a major portion of what is now the United States.  They had a vested interest in seeing British influence diminished in the colonies. But then, shortly thereafter sold that interest in a transaction with President Jefferson.)  Taking a sunset cruise to see the statue and the New York skyline is a great way to get a little bit of distance to see the harbor at its most enchanting.

Manhattan Island is connected to New Jersey and Long Island by a series of bridges and tunnels.  By far the most beautiful of the bridges is the one that connects to Brooklyn.  It’s a great walk, which allows you to see the maze of support struts and cables that are intertwined as if a spider wove them. 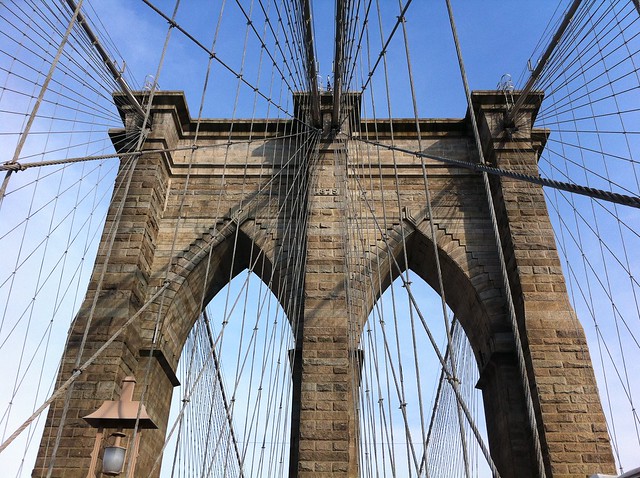 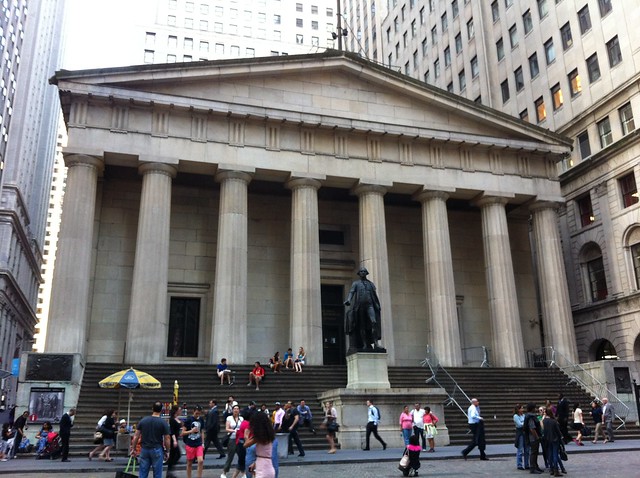 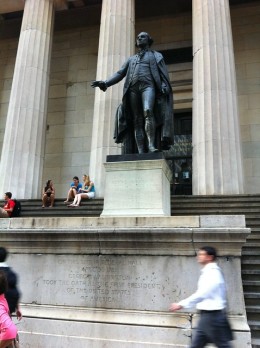 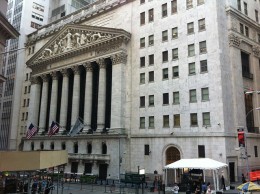 North of Manhattan in the Bronx district is a vast Botanical Garden which can fill an entire day’s exploration as it is one of the largest in in the United States.

If you’re into the performing arts, Times Square is the place to pick up cheap same-day tickets in the morning for all the major theaters in town.  At night it seems you could almost get a sun tan from all the neon that abounds on the billboards.  The Joyce Dance Theater is a bit far afield, but very good to add to your itinerary if you get tickets ahead of time online.

This webpage was created in Firefox